Interview with Hamid Taqvaee on the 99% movement

TV International interview with Hamid Taqvaee on the 99% movement

In support of October 15 actions across the world! 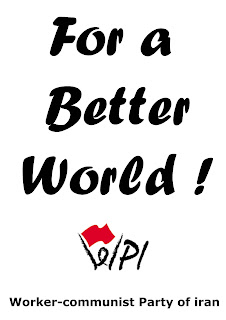 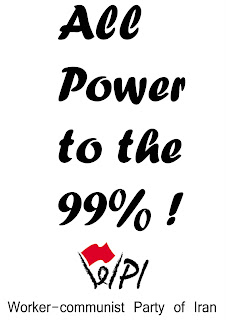 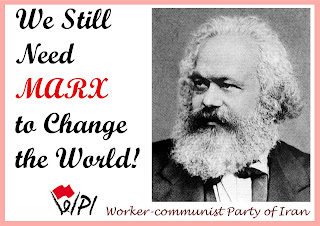 Today, October 5, 2011 a group of opponents of the Islamic Republic of Iran were arrested in Copenhagen, Denmark. Peaceful protesters were only displaying placard in objection to recent arrest of labour activists in Iran when they themselves were arrested.

The police have refused information regarding the whereabouts and charges against the Iranian activists, three of whom are female.

So far there is no information on the other four.

The Worker-communist Party of Iran (WPI) condemns the outrageously unjust arrest of Iranian protestors; it is a clear violation of the right to protest. The WPI demands the immediate release of all detainees as they have not committed any crime! They were merely objecting to the crimes of the Islamic regime of Iran in a peaceful action.

Please send protest letters to the Danish police at stm@stm.dk demanding the immediate release of the detainees.

For more information about the detainees, and to help, please contact Hasan Salehi on: 0046703171102; hassan_salehi13@yahoo.com. We welcome legal advice and are determined to organize protests in case there is a delay in their release!
No comments: