Only with socialism can we defeat Islamic terrorism and racism 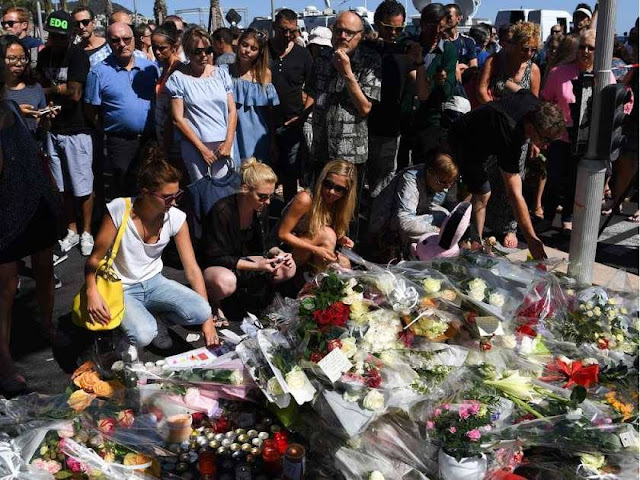 Following this painful tragedy, once again the question preoccupying the minds of the people is this: how can we rid the world of the menace of Islamic terrorism? The governments and ruling parties do not have an answer: by attacking Iraq and scrambling together a tribal-religious government, they are the cause of this mess; they are part of the problem of political Islam, not its solution. The solution is in the hands of people who stand up to Islamic terrorism by shouting ‘I am Charlie’; people who in battered Iraq storm the streets, chanting ‘Neither sunni nor shia, but secularism’; and people in Iran who have been defying the Islamic regime and its inhumane laws for years. The solution is in the hands of the people of France and the millions and millions around the world who have had enough.

Political Islam, in all its shapes and branches, from the Islamic State and Hezbollah to the Islamic regime in Iran, Hamas, Al-Qaeda and Boko Haram, and so-called ‘moderate’ Islamists in East and West, is diametrically opposed to the values and culture that the French Revolution championed and ushered in. The attack by political Islam on the day of the storming of the Bastille by the revolutionary people of Paris, an event that set off the French Revolution, is a mark of the ossification and setback, which political Islam is trying to force on our world.

The bourgeoisie, the ruling 1% of the world, has long given up the ideals of the French Revolution. Today the banner of defending civilisation and universal human values, in the face of the onslaught by Islamism and racism, is in the hands of the left forces, the 99% of the world. Extending the values of the French Revolution brings us to the socialist critique of the world today. Only with this banner can we defeat the political Islamic movement and stop racism and Islamic terrorism in both the East and the West.

On 14 July 1789 the revolutionary people of France stormed the Bastille fortress. The terrorist attack by Islamists on the anniversary of this day says to the people of the world that the storming of the fortress of political Islam calls for the mobilisation of a radical movement in defence of freedom, equality and civilisation. Let us try to make 14 July this year the day of the rise of this movement and the beginning of the fall of political Islam.

Hamid Taqvaee
Leader of the Worker-communist Party of Iran
1 comment: