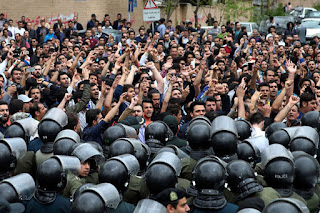 > The families of those killed have either not been given the bodies of their loved ones, have been made to pay to get the bodies and have been told that they could only get the bodies if they will only hold a very small ceremony (no publicity), not talk to the media, no interviews. The regime is petrified that the funerals of those killed and public statements by family members could lead to more protests. However some of the families are speaking out.


> According to some reports there were around a thousand people gathered in front of the forensic medical centre in Tehran, people demanding the bodies of their loved ones.

> An estimated 7000 to 10000 people have been detained by the regime during the protests. Reports come out that most of them are held in makeshift detention centres, that there are being tortured and mistreated and that the facilities are absolutely inadequate

> There are people gathering in front of prisons in the province of Khuzestan, demanding to know about the whereabouts of their loved ones

>Since the tripling of the price of petrol on 15th of December, the price of other goods and services has also risen sharply 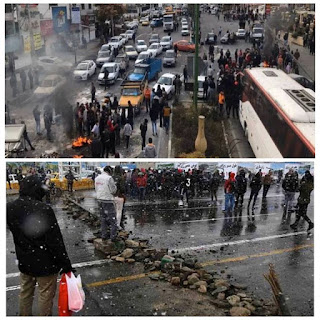